MAGOXX Board is the perfect solution for the quick and flexible construction of (false) ceilings, interior walls, floors, wall cladding and duct covers. MAGOXX board is available in different sizes and finishes. Our core brand is MAGOXX with the MAGOXX Board. This high-performance magnesium oxide (MgO) product offers innovative, sustainable solutions for new build, renovation and restoration projects.

It was in the autumn of 2012 that we had a very special garden shed placed in our garden. Not only the design was special, but also the materials used. One of those materials was a magnesium oxide plate. Never heard of it. After some research on the internet I found out that it is a sheet material with many beautiful properties. In addition, I saw that it was easy to edit. I also found out that there were few suppliers of this material in the Netherlands, while the record was widely used in Japan, Australia and New Zealand. That intrigued me.

The other coincidence was that around the same period my job at DHL Express ended. That forced me to refocus on what I wanted to do for the rest of my working life. After a mountain hike at the foot of the Himalayas in India I knew for sure. My new job had to have interfaces with architecture (my original study), being able to achieve immediate results and with entrepreneurship.

I then decided in December 2013 to start a company with the aim of producing and trading magnesium oxide plates. What followed was an extensive investigation into the essence of this sheet material, the selection of the production partner in China, the execution of various tests in preparation for the CE mark and market research in the Netherlands and India. I could dwell long on each of these subjects, but I won’t here.

Our market launch started in 2014 in India under the SINH Board brand. The company in India was not a success for various reasons and I stopped in 2016. Still, it has been an instructive period for me. In 2016, all energy and attention shifted to the Netherlands, where we work through the MAGOXX Board brand. We now have 3 product lines: floors, facades and interior walls. We have many solutions to support the customer in his wish to create a safe and sustainable building.

In the end I hope to realize my ultimate dream: the factory of MAGOXX sheet material in the Netherlands.

Is signed, Jan Engels – MAGOXX Board This means that our products are tested according to the European directives that apply in the areas of safety, health and the environment.

MAGOXX Board is incombustible (Class A1). When applied correctly an 9mm MAGOXX board can easily attain more than 60 minutes fire resistance (conforming EN 1364-1: 2015)

MAGOXX Board has been CE certified by Kiwa. Kiwa is a world top 20 leader in Testing, Inspection and Certification (TIC). With their certification, inspection, testing, training and consultancy services, they create trust in our customers’ products, services, processes, (management) systems and employees.

MAGOXX Board: The fire-resistant power house!

The strict rules for the fire safety of buildings are clear. Fire safety for construction works and in particular in non-residential construction is a MUST. However, this does not mean that this results in a limitation for the own interpretations of clients, architects and contractors. How fire safety can be achieved depends on the fire safety measures taken. This spectrum runs from the design phase up to and including the use phase. However, these measures only prove their value in relation to each other.

You are probably familiar with building material that makes it possible to delay the development of a fire, or passive fire safety. But how can you take fire safety into account in new construction and renovation projects and what role does the choice of material play in this?

Structural fire prevention and the application of fire-safe building materials.

Due to the increasing demand for these materials, new and improved fire-resistant materials are becoming increasingly available on the market. In addition, the fire safety requirements for buildings are becoming increasingly strict. After all, it is about our safety. Construction products used in Dutch construction must at least meet the requirements of the Building Decree. In the Building Decree, reference is made to the Dutch fire classification for material behavior in the event of fire, including NEN 6064.

• Fire retardants for wood and other board materials

Every building material has its own fire-resistant properties.Magnesium oxide sheet material falls into the category of fire-resistant structures. (Of course these boards can also be used in fire doors, but we will devote another article to that) It is a relatively new type of material in the Netherlands and also in Europe. It is also called MgO for short. The material has many unique properties and one of them is that it is non-flammable. It is about being specific to the European fire class A1 of materials, the highest attainable category. (according to European Standard EN 13501-1)

MAGOXX Board is used in indoor and outdoor solutions in residential and commercial construction such as:

After the last climate conference in Paris, we all know the importance of reducing our CO2 emissions to prevent further climate warming. The most important task is to achieve results quickly. In addition to the known sources of CO2 emissions such as traffic, air and sea shipping and coal-fired power stations, there are also less striking sources such as construction materials. We mainly use concrete for the construction of homes and business premises. This makes concrete the most used building material in the world. A lot of CO2 is released during the production and hardening of concrete. A conservative estimate shows that the concrete and cement industry alone is responsible for around 5% of global CO2 emissions.

In addition to all the initiatives that are already taking place to make cement and concrete environmentally friendly, it is necessary to look for alternative materials and other ways to innovate construction. This is especially important in view of the continuing urbanization. Good, sustainable building materials play an important role in modern urban design.

The search for sustainable innovation and the passion for architecture of the founder Jan Engels led to the establishment of MAGOXX Board. This company offers innovative and sustainable building solutions based on Magnesium Oxide. These solutions make faster and more flexible construction possible and thereby lower our ecological footprint.

Magoxx Board = A green choice

In addition to all the initiatives already taken to make cement and concrete more environmental friendly and which are described in several articles, we offer a greener alternative, namely: magnesium oxide board materials.

MAGOXX Boards are energy and material efficient. To produce magnesium oxide you only need the half of temperature of the production of cement and concrete. In conclusion our solution leads directly to a 50% cut off the total amount of CO2 emissions.MAGOXX boards are non-toxic, anti-fungal and free from asbestos and silicates. Moreover, they are 100% recyclable and have a small ecological footprint. Thanks to the “green” properties, our products directly contribute to the sustainability of all projects in which they are used. Below you will find all construction partners of MAGOXX® Board that offer supplementary products for the MAGOXX® boards (such as adhesives, brick slips and mortars). 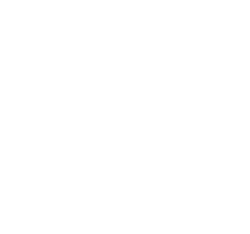 MAGOXX® Board is a product of SINH Building Solutions B.V., a Dutch company. We supply sustainable, cost-effective and innovative building solutions based on magnesium oxide (MgO).